Prudential Bank’s maiden Valentine’s promotion dubbed “Card the Love” ended at midnight on 14th February, 2022. The promotion was targeted at customers who used the Bank’s debit and prepaid cards for online and POS transactions. Qualifying customers had to make a minimum of 5 transactions; the 10 highest-grossing customers would win the 10 prizes at stake. 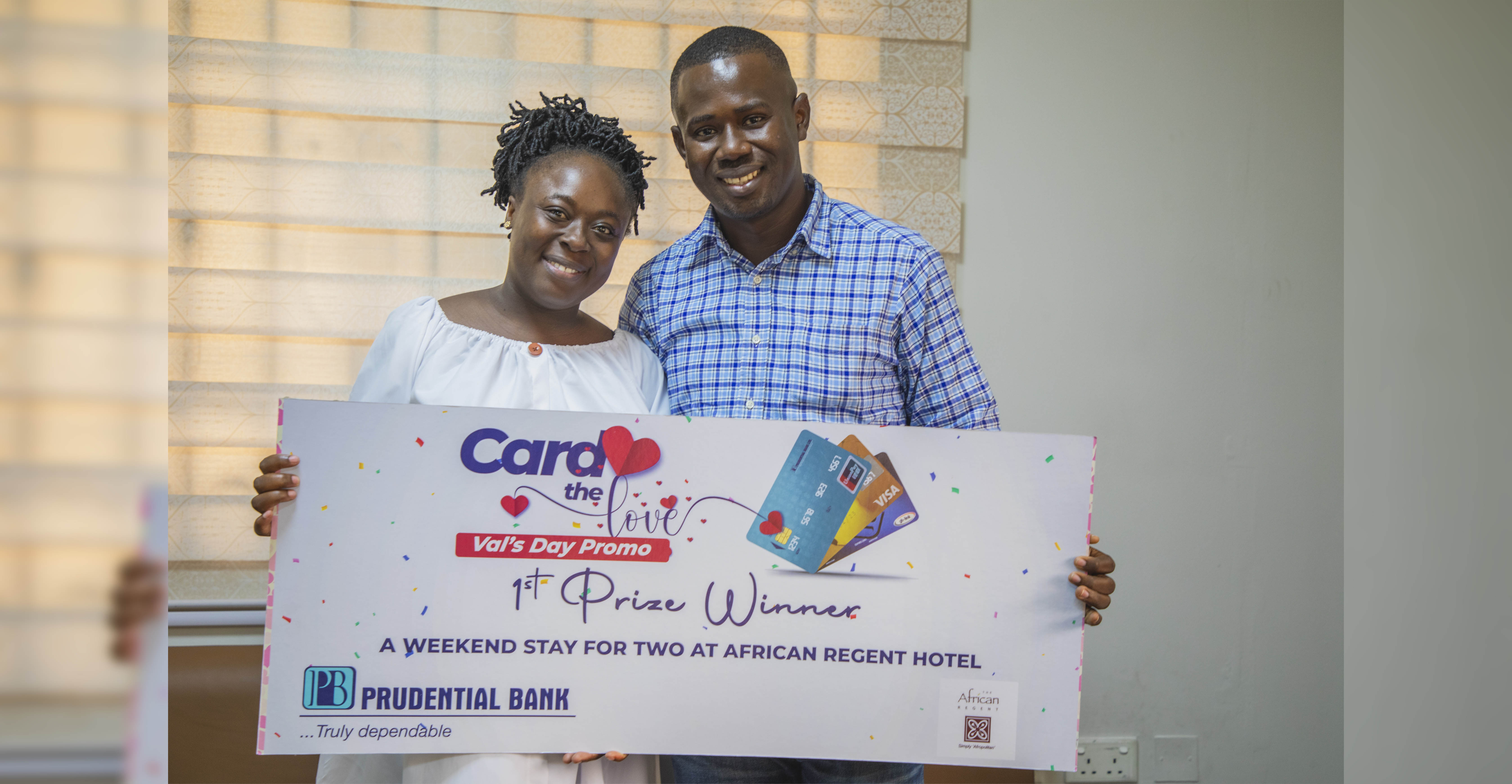 In his response, the first prize winner, Mr. Emmanuel Amissah said he was elated to have won the prize. He said he was humbled to receive a delegation from his bank who came to honour him for winning the Card the Love promotion. He expressed his gratitude to the Bank for the promotion and said he and his wife were looking forward to enjoying a luxurious and relaxing weekend at the African Regent Hotel. Mr. Amissah praised the Bank’s customer service and commended some staff of the Airport City Branch for their exceptional customer service. He indicated further that he will continue to recommend the bank to friends and family. 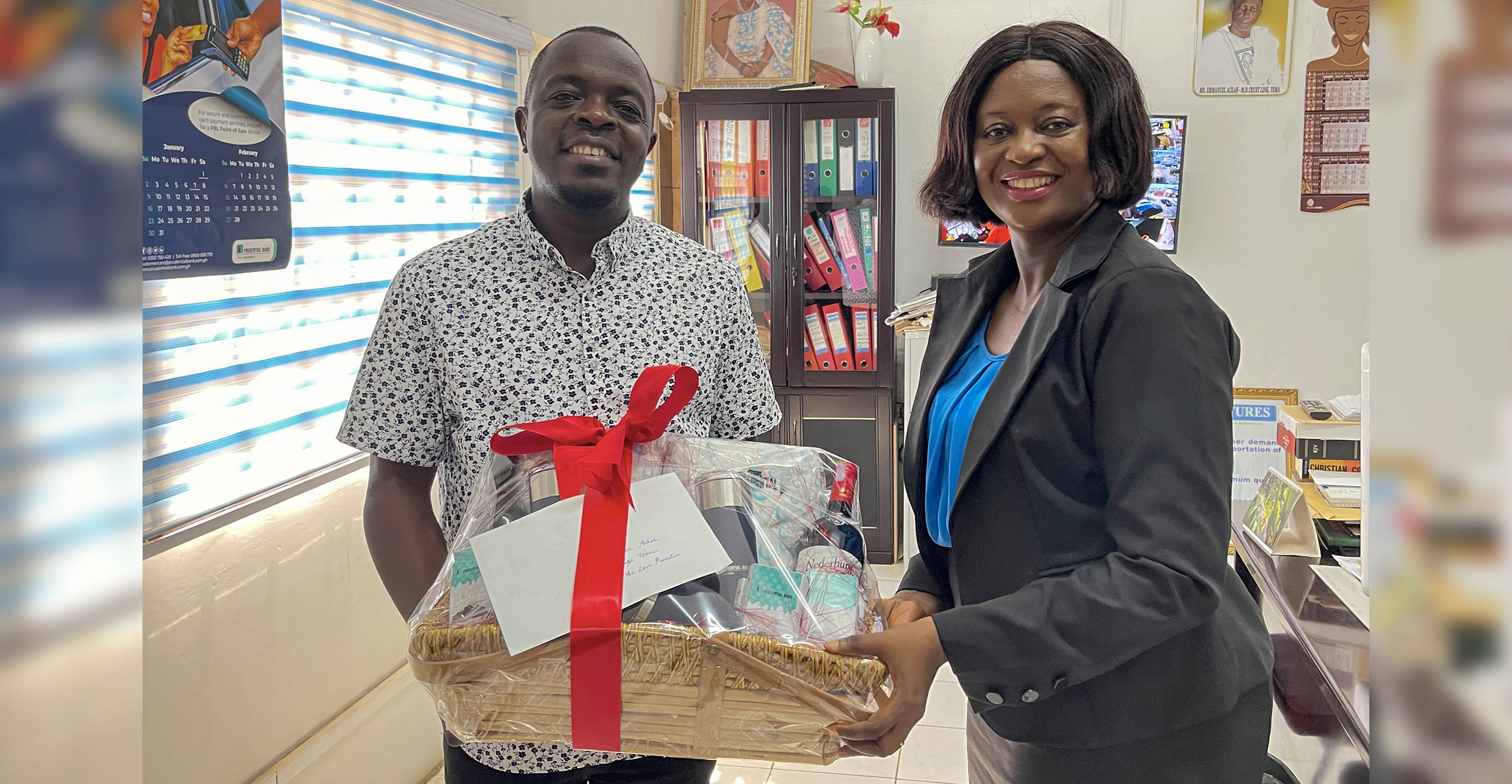 It was all excitement and joy when the team arrived at Mr. Justice Ackah’s office bearing gifts. Mr. Ackah, who is the MD of Trust Link Ventures, dealers in the importation and resale of fish, frozen poultry, and meat and a customer of the Tema Fishing Harbour Branch could not hold back his joy at winning the second prize in the Card the Love Promotion. He said his prize, a 1-night stay and dinner for 2 at Villandro Residence could not have come at a better time because of his upcoming birthday. He said he would redeem the prize on his birthday in March for a much-needed rest. He thanked the Bank for rewarding customers who patronized its products and services and said he hoped to see and experience more of such. 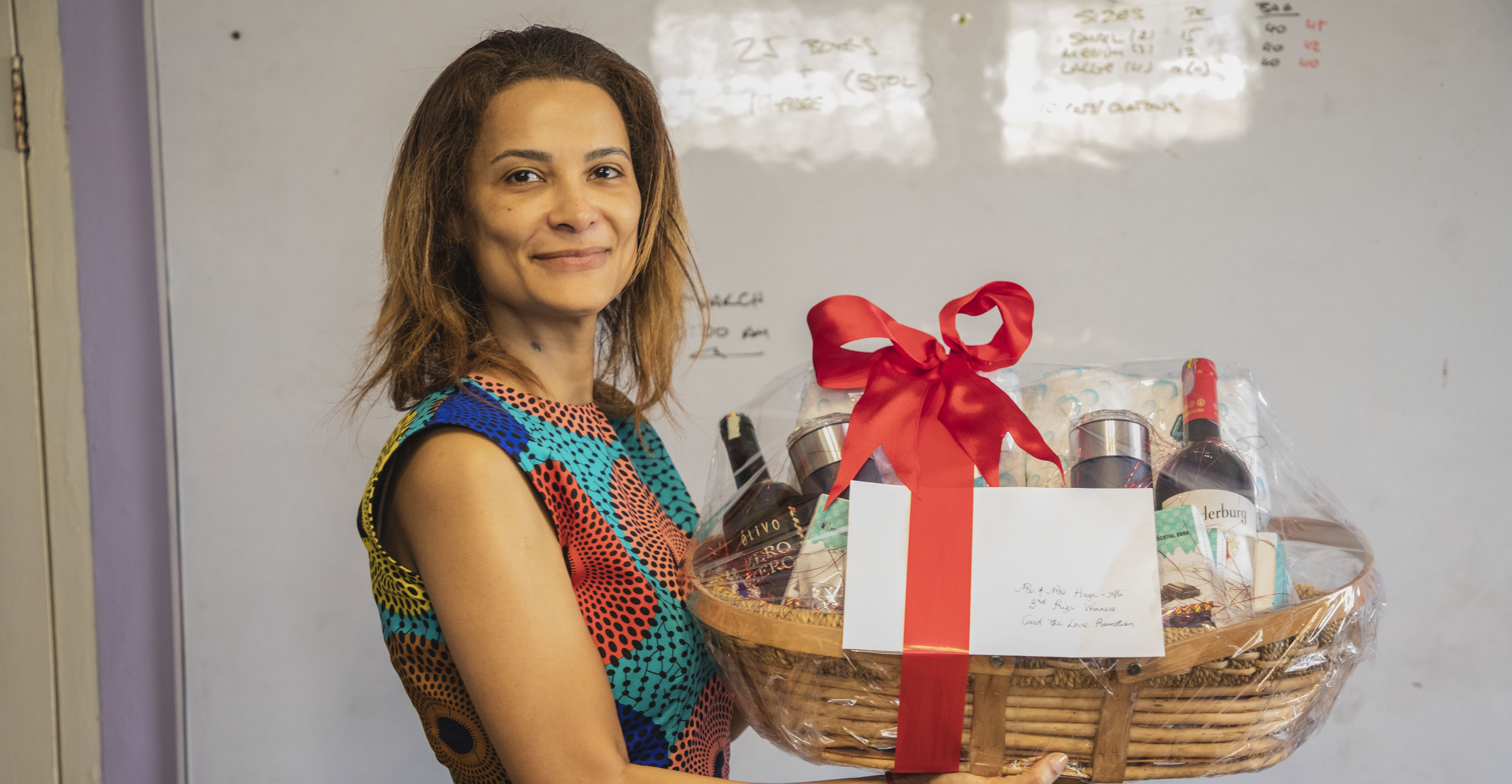 Joseph and Jeanine Hage-Ali, customers of the Ring Road Central branch won third place in the Card the Love Promotion. The father-daughter duo said their company, Fay International, producers of Faytex sanitary towels, has been doing business with the bank for over 20 years and has had a cordial relationship with their branch manager and staff of the International Banking Department. Jeanine Hage-Ali expressed her gratitude to the team and said she hoped the bank will expand its dealings with Fay International.

Congratulations to all the consolation prize winners. Watch this space for more exciting sales promotions!